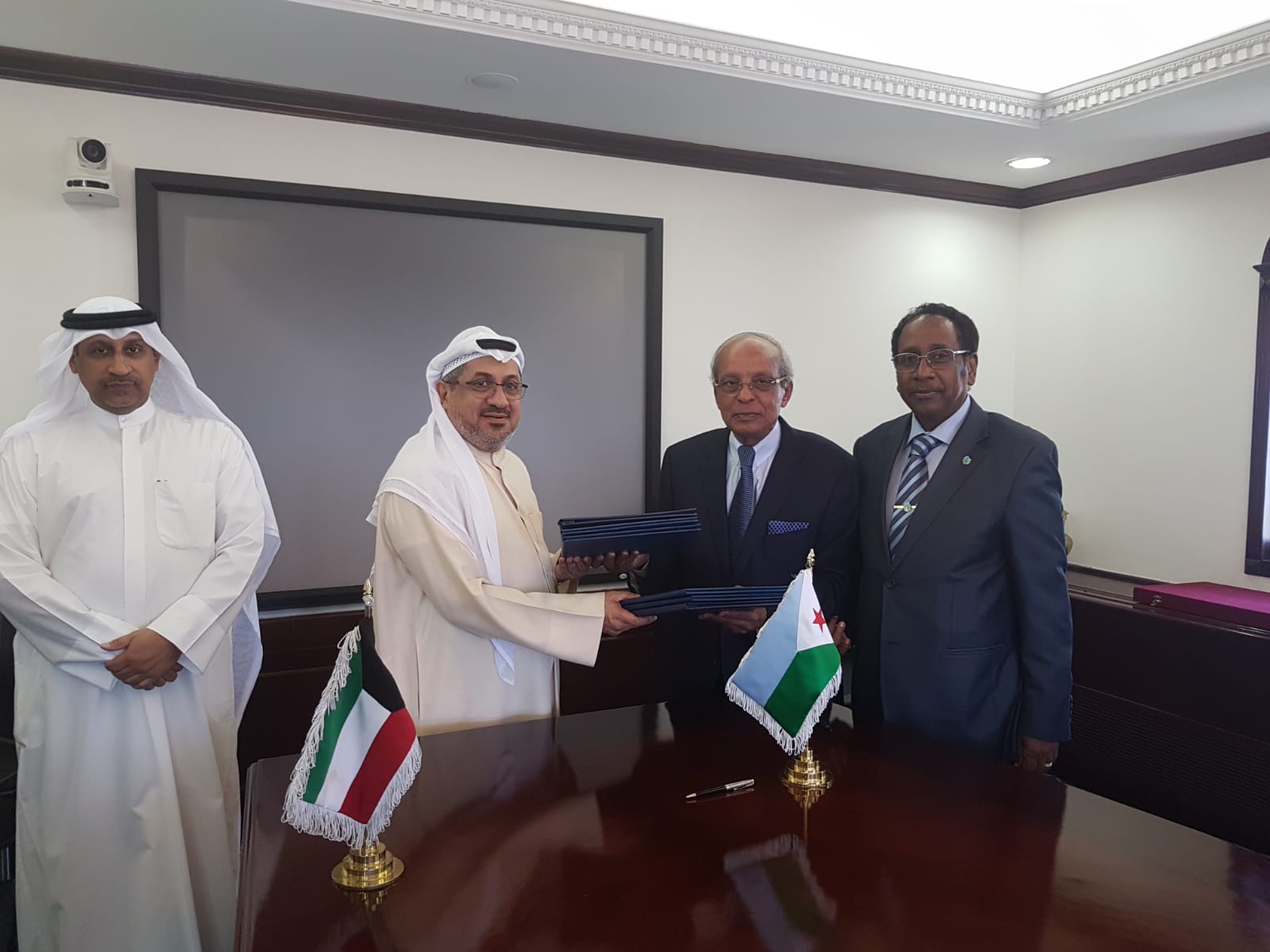 An agreement was signed on March 12 2019, to reschedule some of the loans granted to the Republic of Djibouti by the Kuwait Fund for Arab Economic Development. The agreement was signed by Mr. Fahmi Ahmed Al Haj, Special Advisor to His Excellency the President of the Republic, in charge of Investment Affairs and Mr. Marwan Abdullah Al Ghanim, Deputy General Manager. The signing ceremony was held at the headquarters of the Kuwaiti Fund in the presence of the ambassador of the Republic of Djibouti to the State of Kuwait and the regional director in charge of Arab Countries.