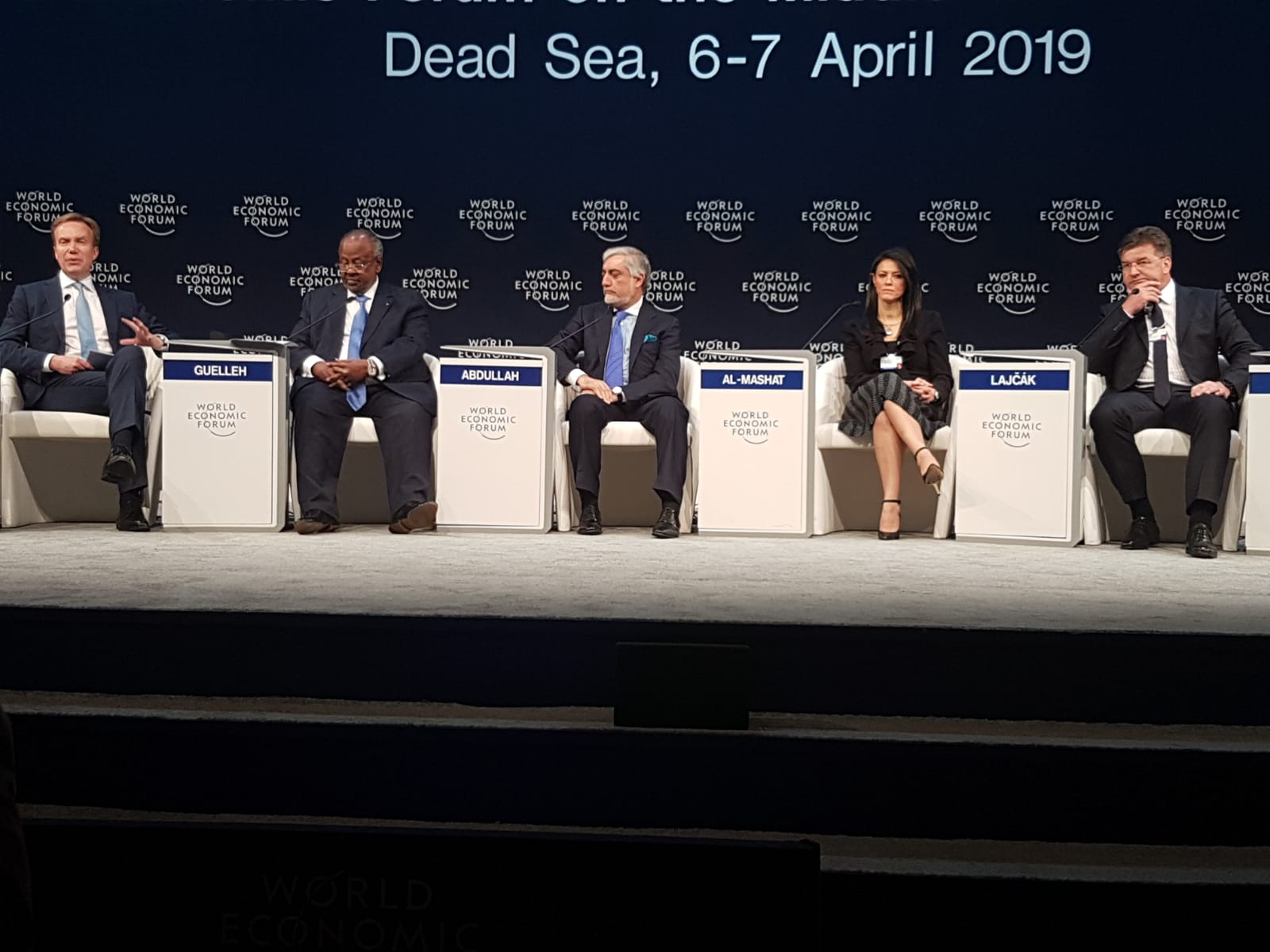 The President of the Republic participated in the 10th World Economic Forum on the Middle East and North Africa, Saturday, April 6, 2019, held at the Dead Sea. In addition to the President of Djibouti, dozens of other Heads of State and Government as well as many leaders and eminent personalities from international, continental, regional and civil society institutions take part in the work of this World Economic Forum. An important delegation including the Minister of Foreign Affairs and International Cooperation, Mr. Mahamoud Ali Youssouf and the Minister of the Economy and Finance, in charge of Industry, Mr. Ilyas Moussa Dawaleh, accompanied the President of the Republic. The aim of the Forum was to activate significant improvements in the field of job creation, regional economic integration, the mitigation unorganized migration flows, integrate the societies of the region into the development and use of digital technology.

The Republic of Djibouti participates in this world economic forum in view of its status as a logistics hub and multimodal platform essential to trade in the Horn of Africa region. The President of the Republic met, on the sideline of sumit, Mr. Klaus Schwab, Founder and Executive Chairman of the World Economic Forum.